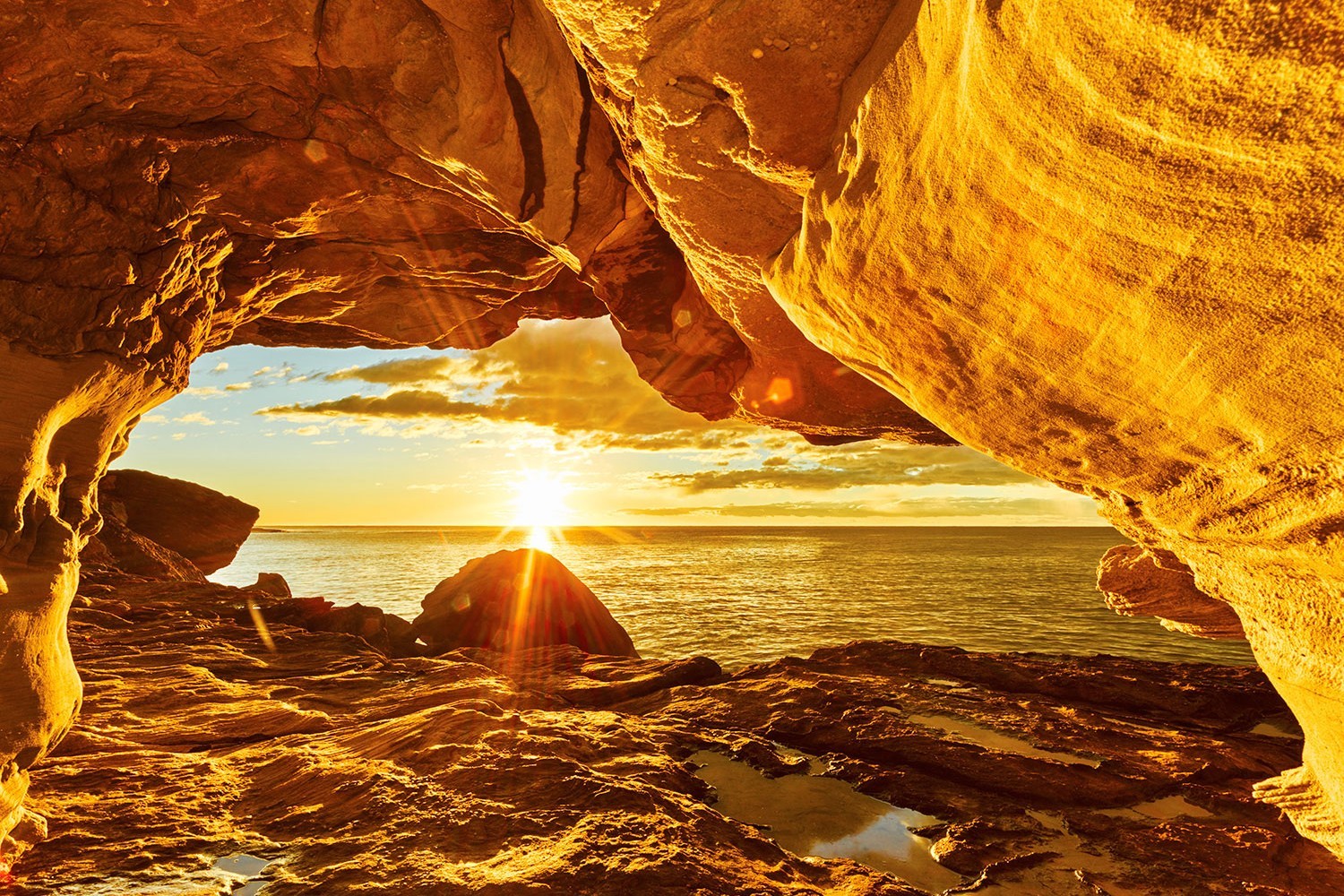 I have always thought that the best way to get a good photograph is to keep returning to the same location until I get it right. Each time the effort is made to go to a particular site is one step closer to getting that perfect image.

The tunnel that runs through the headland at Queencsliff is one of the locations I return to again and again. There are a lot of elements that need to align to get the light right in the tunnel. The better the angle of the sun, the deeper into the tunnel I can set up to photograph.

The tunnel was constructed sometime around 1908 by a few local fisherman who decided that there had to be a better way to get to the fishing grounds on the front side of the headland. Two friends, Lewers and Randell, managed to convince the other members of their fishing club to take to the sandstone cliff with hammers and chisels to construct the tunnel. There was an incredible amount of sandstone carved without power tools, a huge commitment.

Over the past six weeks I have probably been through the tunnel, well before dawn, on no fewer than a dozen occasions. For those who don’t live in Sydney, it has been one of the coldest winters on record, however it is winter-time when the angle of the sun is right. Some mornings I’m convinced that the sun is going to be bolting straight into the sandstone, only to realise just before dawn that a patch of cloud is obstructing the angle. On the two occasions where all the elements have aligned the results have been amazing with light filling up the entire space for a few brief moments.

Sandstone cliffs dominate Sydney’s coastline. If you ever get the chance to explore some of the headlands, I thoroughly recommend it. The location where the below photograph was taken is at the bottom of one of these cliffs. I scouted the access from three different routes before I realised there was only one way in. I had to work my way around the headland from about a kilometer further up the coast. It required a low tide and a dead calm sea to get past the semi-submerged rock shelves.

The first morning I tried to get there I started well before first light and only managed to get two thirds of the way around the slippery rocks before the sunrise. A few days later I decided to try again. I gave myself the time I needed and began the trek in the dark, making it to the rocky bay with a few minutes to spare. After I got the images I was after I packed up and started the mission back to the car. About half way I reached a boulder field that was nearly impossible to pass. How I had done it in the dark is beyond me, the rocks were all covered in black algae that seemed significantly more slippery on the return journey. What took no more than five minutes to photograph turned out to be a two and a half hour round trip. Well worth it in my opinion…