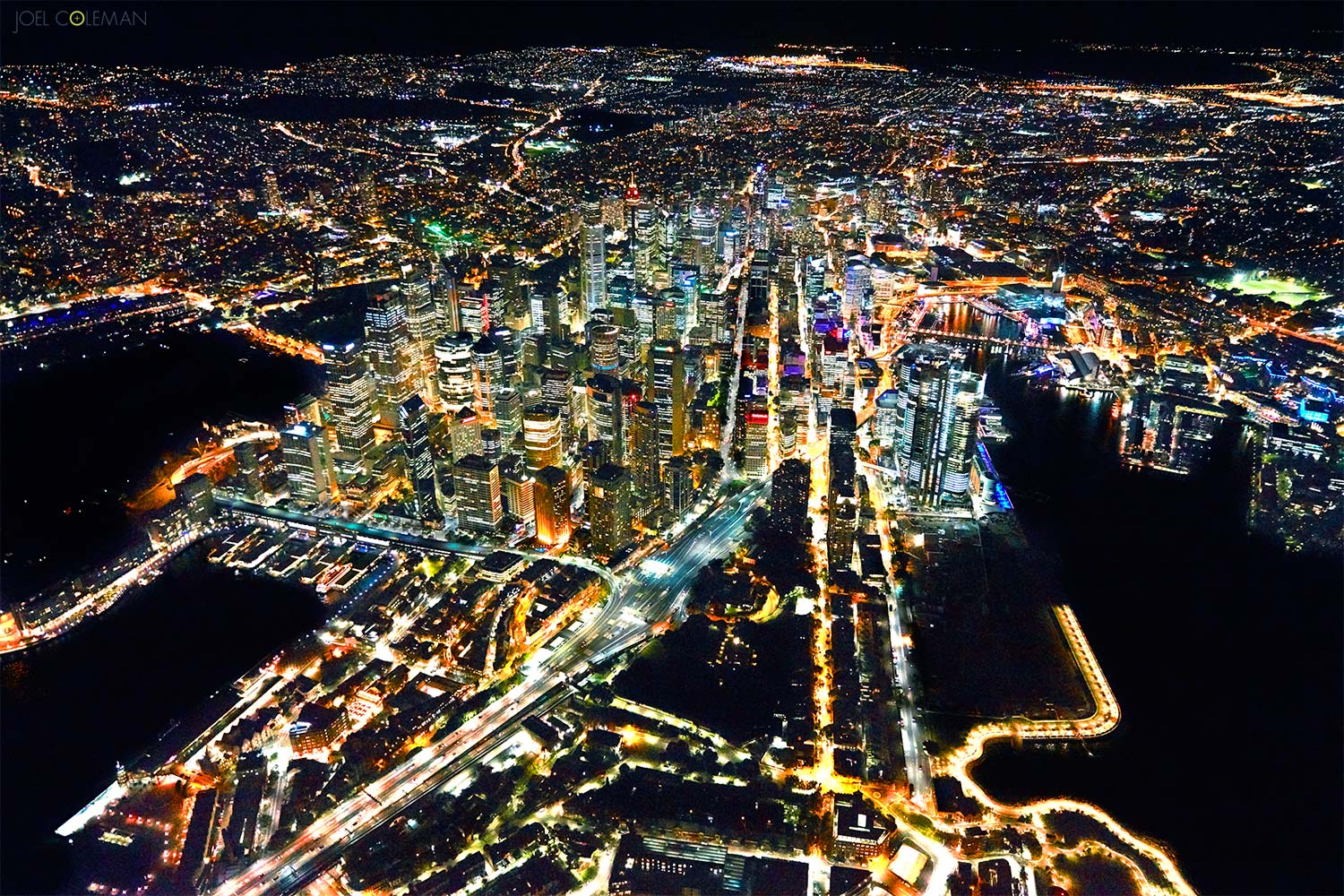 You know life is treating you well when you have to make a decision between flying around Sydney in a helicopter at night, or flying south to Victoria to surf a monster swell. The photographer in me won this battle as I had been planning a night shoot over the city for some time. Conditions last week were lining up to be perfect with the forecasts showing a two-day window that was the best for aerial photography I had seen in nearly three years.

There are so many reasons why photographing from a helicopter at night simply shouldn’t work. But get the mix of equipment, aircraft, pilot (and photographer) right and you can push the limits of a modern digital camera to produce photographs like these, photographs that I really hope you like.

I will bring you part B of my two-day aerial spree soon, I wanted to show these night images on their own. It was an adventure to get it done and I can’t wait to have another go, perhaps in a different city. If you like these photographs and want to see more, leave a comment at the bottom of this post to let me know…
Enjoy your day,
Joel Coleman.
Share 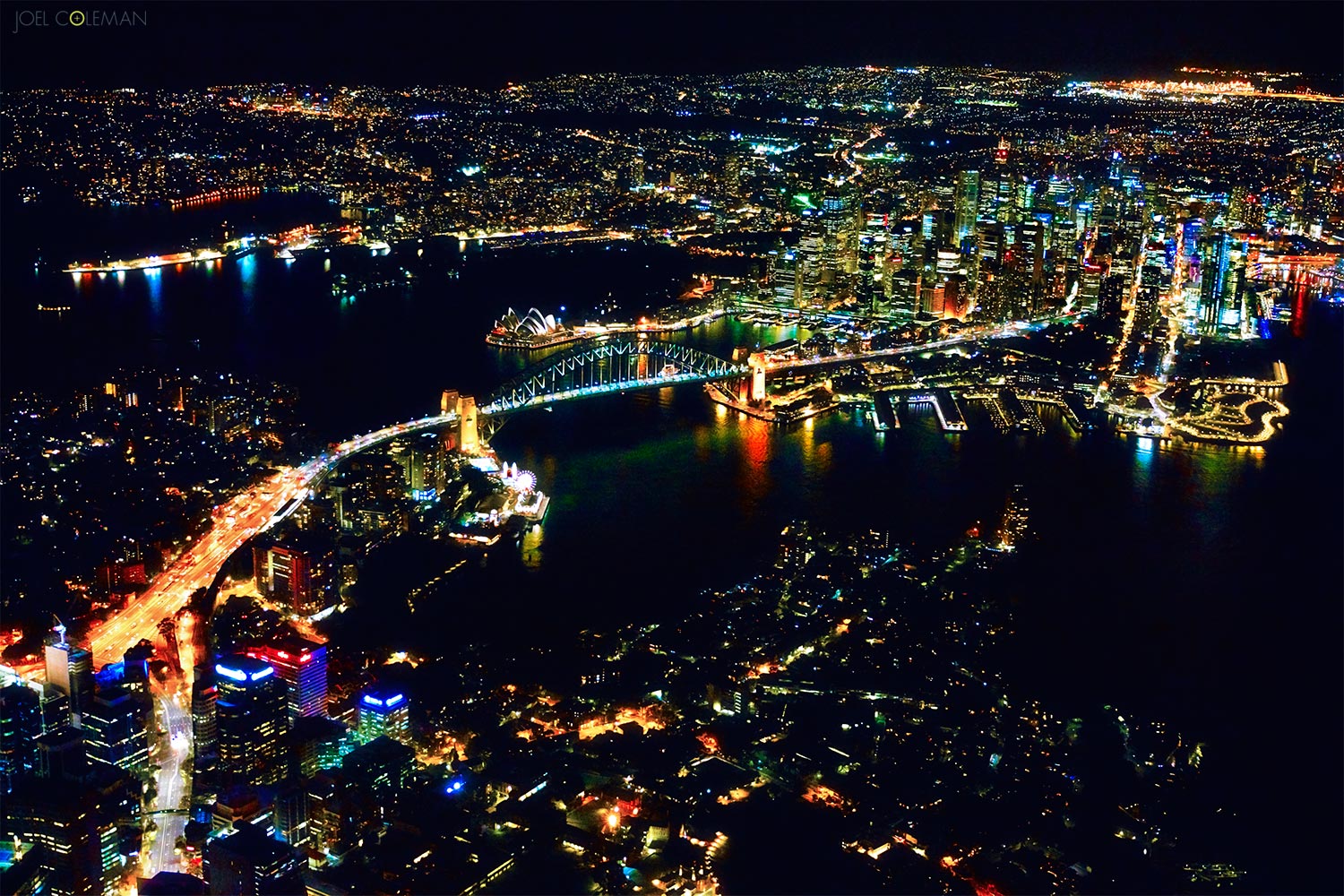 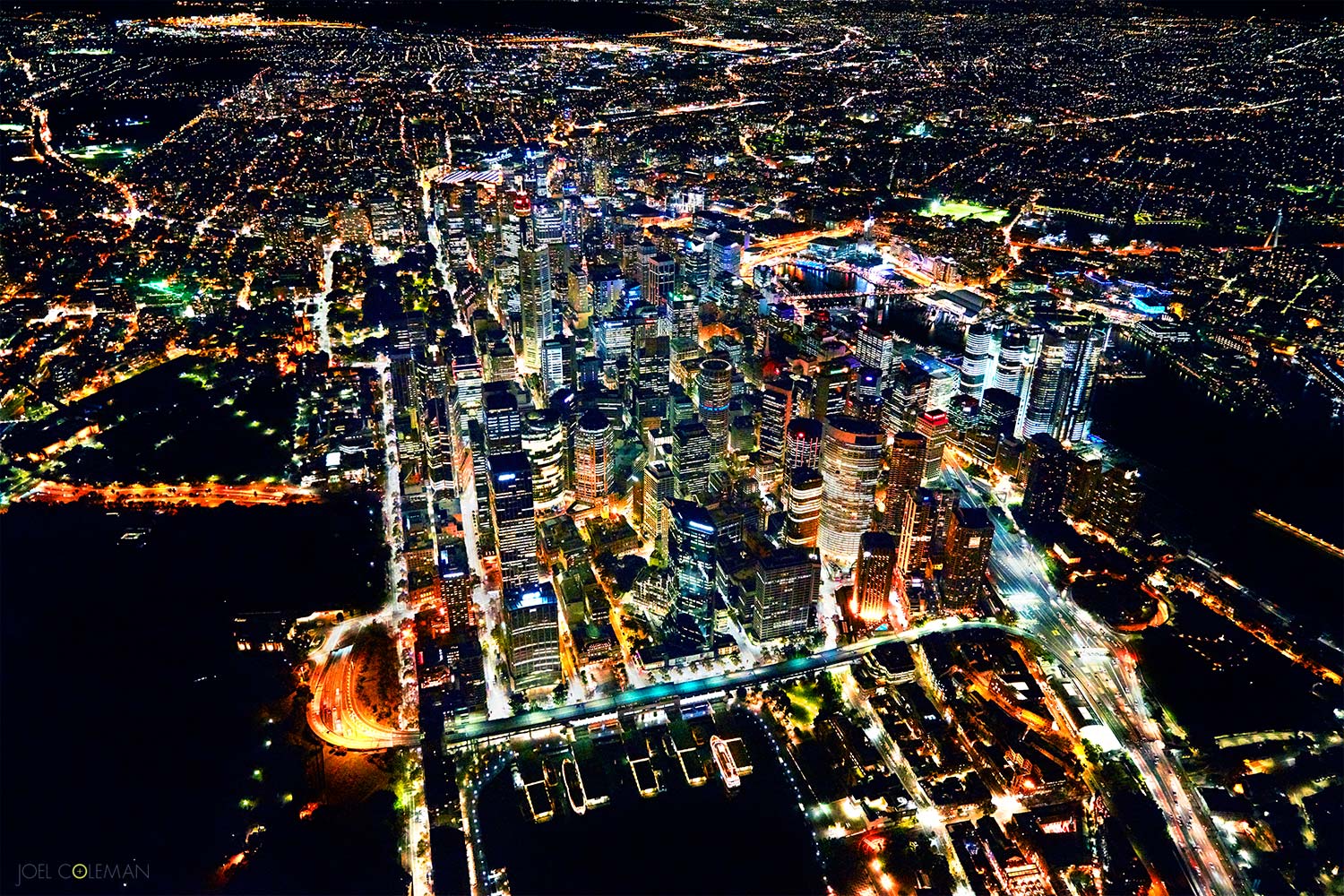 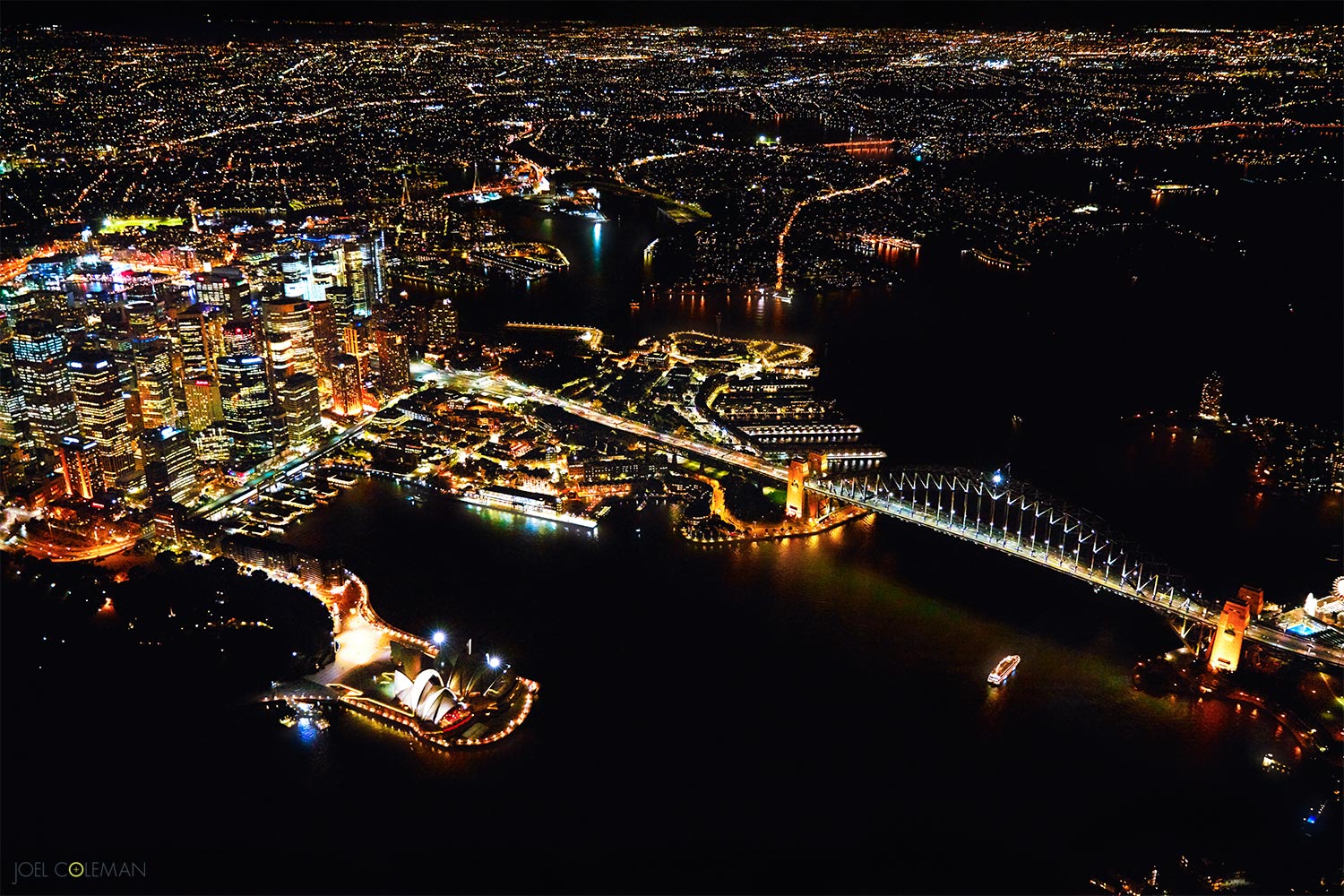 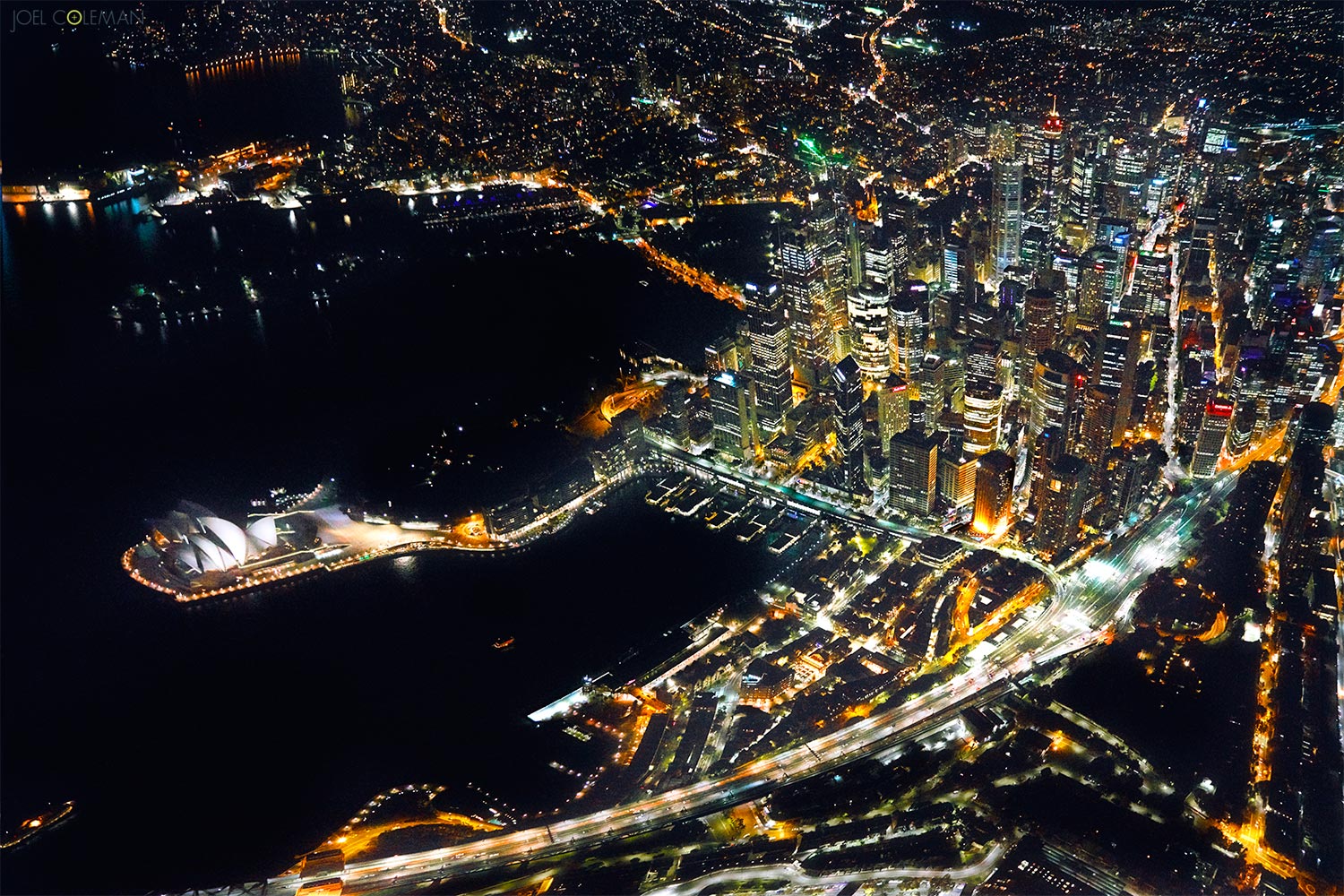 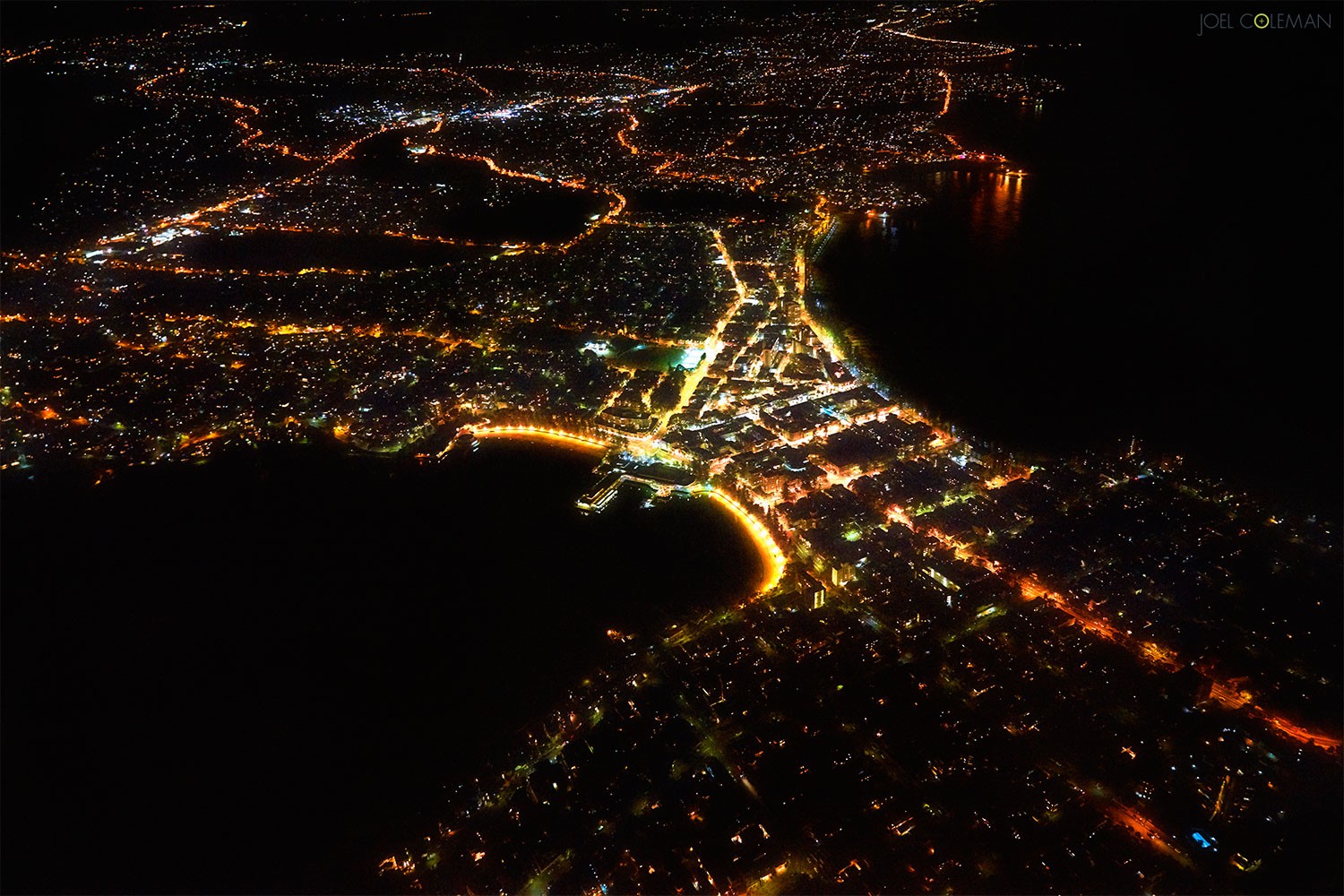