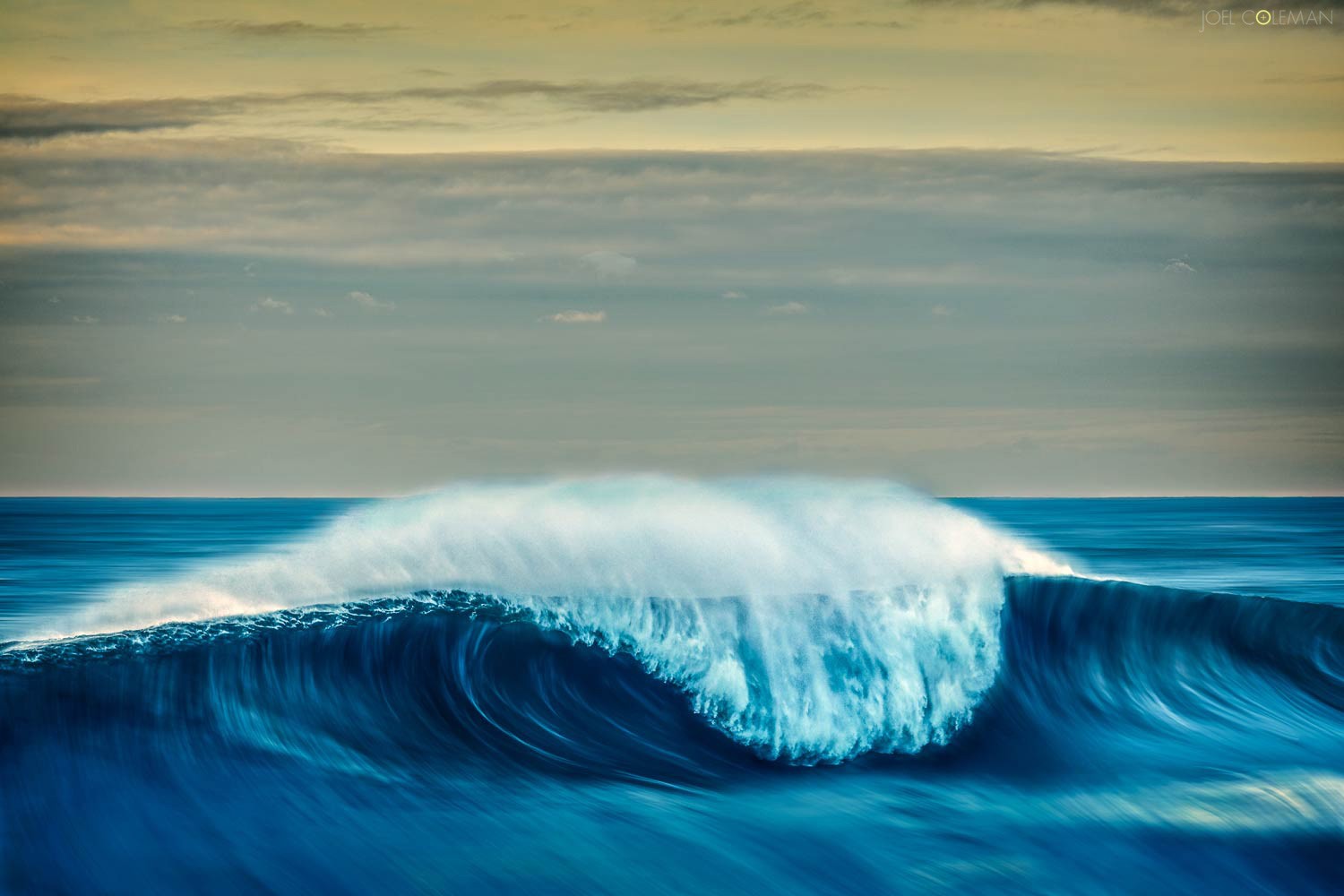 At the beginning of each year, I put together a list of photographs I want to accomplish over the next 12 months. Rarely does life end up following my plan, but it gives me a good starting point to map out my ideas and put the time aside to move forward with them. However, photography is fluid and being set in a rigid pattern often leads to frustration. So I allow my plans to ebb and flow and I find this leads to the best results.

One of the ideas I had for 2016 was to head to a particular surf break, likely to be Bells / Winki, during a big swell and create a series of images that blended the softness of slow shutter speed photography with the sharp details of larger powerful waves.

There were a few approaches that I could take to this and I had been practicing around my local area to master the technique (I am still working on this). There was always going to be a heavy reliance on postproduction to get the images looking the way I wanted. The simple physics of cameras does not allow for images to be created this way. My plan, however, is to get the blend just right and to suspend the belief of the viewer, if only for an instant into thinking maybe, just maybe, this is actually real.

Before I had the chance to head away from home to begin working on the project, the largest, cleanest swell in living memory, possibly ever, arrived on the east coast of Australia. It lit up surf breaks on my front door (literally) turning them into serious, world class looking waves. Now I had a dilemma. Having never seen my home surf breaks looking this good, or this big, all I wanted to do was surf myself. So I did. I spent 4 days gorging myself on some of the best waves I have ever seen in Sydney and of course took the beatings that came hand-in-hand with surf that size.

On the first morning of the swell I spent about an hour photographing. To be honest I was feeling a little intimidated by the size of the swell and ‘photographing’ was an easy way to put the paddle-out off for a short while, giving the ocean a little time to settle and myself a little more time to study the waves.

Before | After
ARVE Error: The [[arve]] shortcode needs one of this attributes av1mp4, mp4, m4v, webm, ogv, url 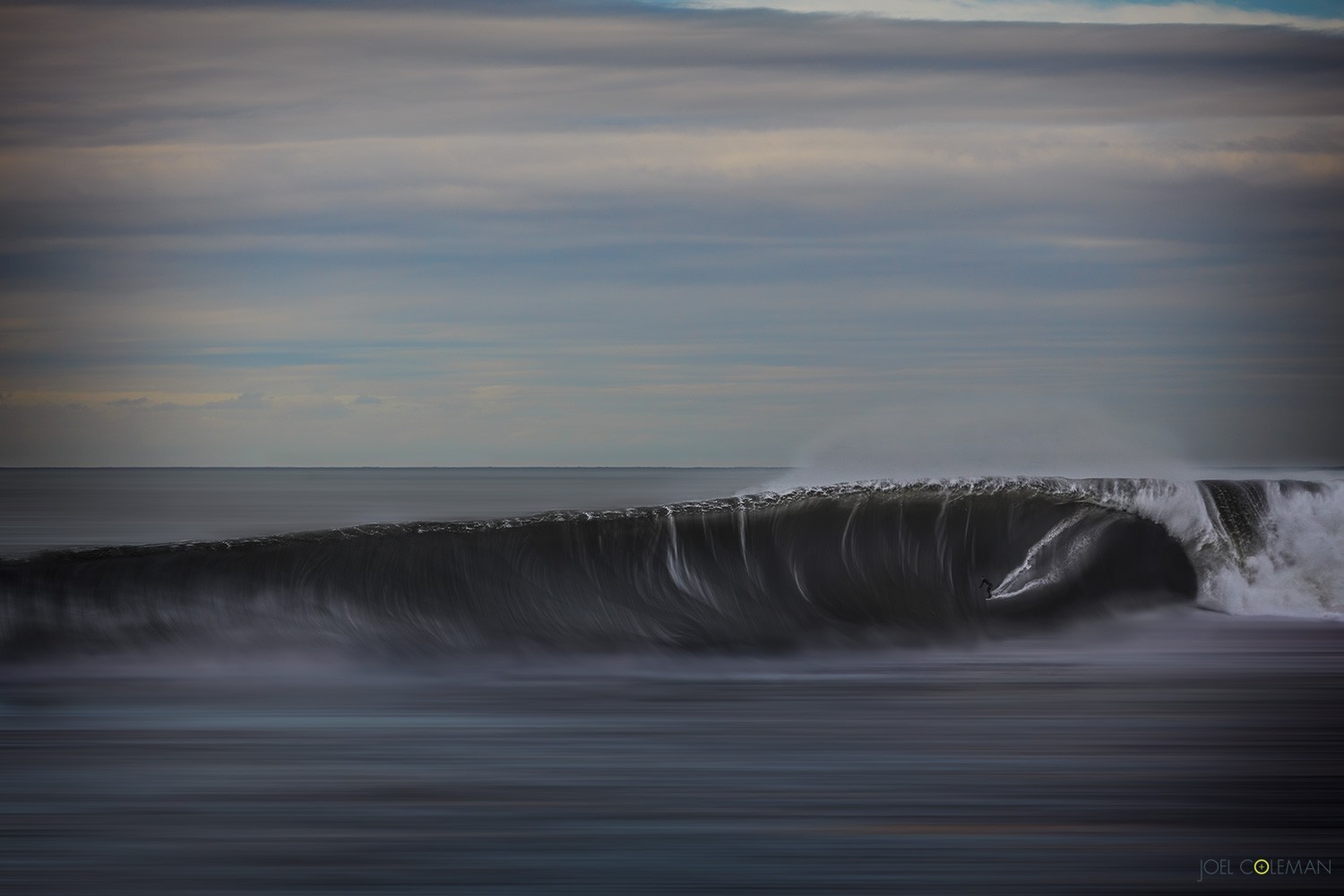 Before | After
ARVE Error: The [[arve]] shortcode needs one of this attributes av1mp4, mp4, m4v, webm, ogv, url

My living room has an incredible view of a number of waves, including the one in these images, and there was an all-day event in my apartment. People came and went constantly, photographing and watching what was happening, so much so that when I came in from my first session I couldn’t get the prime position in front of the window myself without having to move someone on.

Those who follow my work closely will know that I have done very little photography in the surf world for some time. The real reason for this is I wanted to surf more myself. I also wanted to extend my photographic skills into other areas, something I think I have successfully done, but I still have surf themed images brewing in my mind, just waiting for the right time and location to bring them into fruition.

With so many photographers covering every known surf break, capturing thousands of frames and blanketing social media, I knew that I had plenty of time to ‘let the dust settle’ on the event and take my time to pull my images together. As it turned out, I didn’t look at my photographs for four days. I was too busy surfing.

It was during a surf on day four of this swell that I thought it was time to have a look at the photographs I had taken on that first day and see if there was a way to create something with them that was as surreal as the swell that we had just experienced. As I said, photography is fluid and sometimes you have to run with the time, location and, in this instance, the waves that you are presented with.

I selected two images and got to work. There is around eight hours editing in each one, the ‘before and after’ images are vastly different. So much so that I have created a short animation of the beginning to end process to give you an idea about what is involved.

If you like what you see please let me know by leaving a comment below, I have plans to create more images like this, possibly even get to the locations I had in mind to begin with. As I said, this game is fluid…