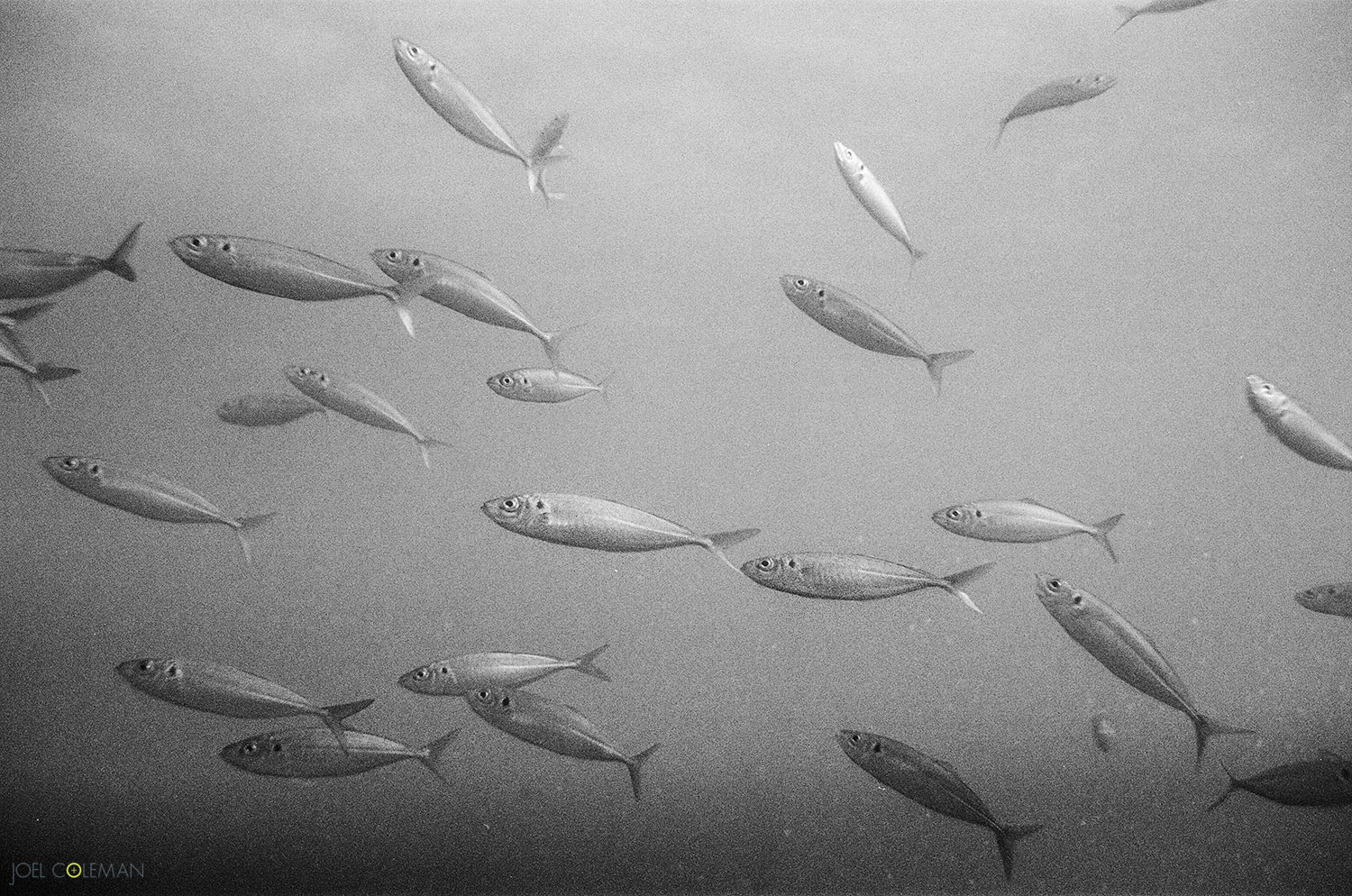 A mate of mine, Adam, is a plumber. He also happens to be a very keen and talented photographer. I’ve never met someone quite like Adam before. The guy has a genuine interest in photographing toilets and he somehow has the ability to make these images look like works of art you want to hang on your wall. If you’re on Instagram you should check his work out: @powell_plumbing.

Recently the two of us were discussing what it was like to photograph using film underwater. I grew up learning these skills but had not put a roll of film through an underwater camera in close to 15 years.

That’s when Adam dropped a bombshell challenge on me. He had an early 1980’s model Nikonos IV-A waterproof camera that belonged to his dad. He thought it was still waterproof so he gave it to me with one roll of Ilford Delta 400 black and white film and free reign to photograph anything I wanted to in the water, as long as I was willing to share the results with my audience.

Firstly, I had to check the camera out. The seals looked to be in about 50/50 condition and I told Adam I was not confident the camera wouldn’t flood, but he gave me the all clear to try it anyway. I cleaned and lubricated the o-rings as best I could, picked my day and took it for a swim.

The Nikonos IV-A allows you to set the film speed (ASA/ISO) as expected and the desired aperture. Focus is obtained by pre-setting a range finder on the front of the lens. There is no way to set the shutter speed as the camera does this automatically and shows you a blinking light through the small viewfinder if your exposure is under or over. The camera has interchangeable lenses, this one was mounted with a 35mm f2.5.

As soon as I jumped in the water with the camera it bought back memories of how things used to be done. Don’t waste your shots, don’t press the shutter unless you’re confident you have something, take your time, check everything twice. All the images in this post were taken whilst freediving, so it was only fair to freedive with this roll of film as well. To be honest I wanted to go with SCUBA as you have a lot more time to get things right, but a challenge is a challenge and this was what I agreed to.

Personally I think I did ok, if I was to spend some more time with this camera and put a few more rolls of film through I am confident I could improve the results, the hardest part was estimating the distances for the range finder focus, everything else was pretty simple and the compact size of the camera compared to a modern housed DSLR was awesome.

There is however a reason that the world has moved on from film, and it all comes down to numbers. A roll of film has 36 exposures until you have to swim in, dry the camera, change the film and start again. With digital you can multiply this out almost infinitely and combined with the instant feedback the cameras provide, achieve far better images, that I think the following photographs demonstrate well.

When I swim out with a modern, housed DSLR, over about an hour I would expect to take around 300 frames, usually yielding 1-3 photographs that I would process and keep. The colour photographs in this post were all taken over the last few months around Manly and make up the ‘keepers’ from 6 different dives using a housed Canon 5DSr. On average I took 300 frames per dive, making approximately 1800 frames for 15 photographs.

The 5 black and white images are the best shots from the 36 exposures I took with the Nikonos. I tried 5 different composition styles, spending a bit over and hour in the water. I limited myself to 6 frames for each composition with the remaining frames being used for ‘random things I happened to see.’

With near limitless storage in the digital world, combined with the instant feedback of a digital camera, you can bracket (make minor adjustments to settings) for each composition, fire off a near continuous burst of images to capture fast moving critters and rely almost completely on incredible auto-focus systems.

There are times when I’ve filled memory cards to nearly 1000 images to get that one, perfect frame. Of course, this is only the tip of what a modern DSLR will do for you and I honestly believe that this is a contributing factor to the constantly evolving and improving imagery that is being produced.

Looking to the future I can only imagine what cameras will be capable of. The improvements to image making technology over the last 27 years have been incredible. Perhaps I should keep my current housing and DSLR until 2044 then take this challenge again!