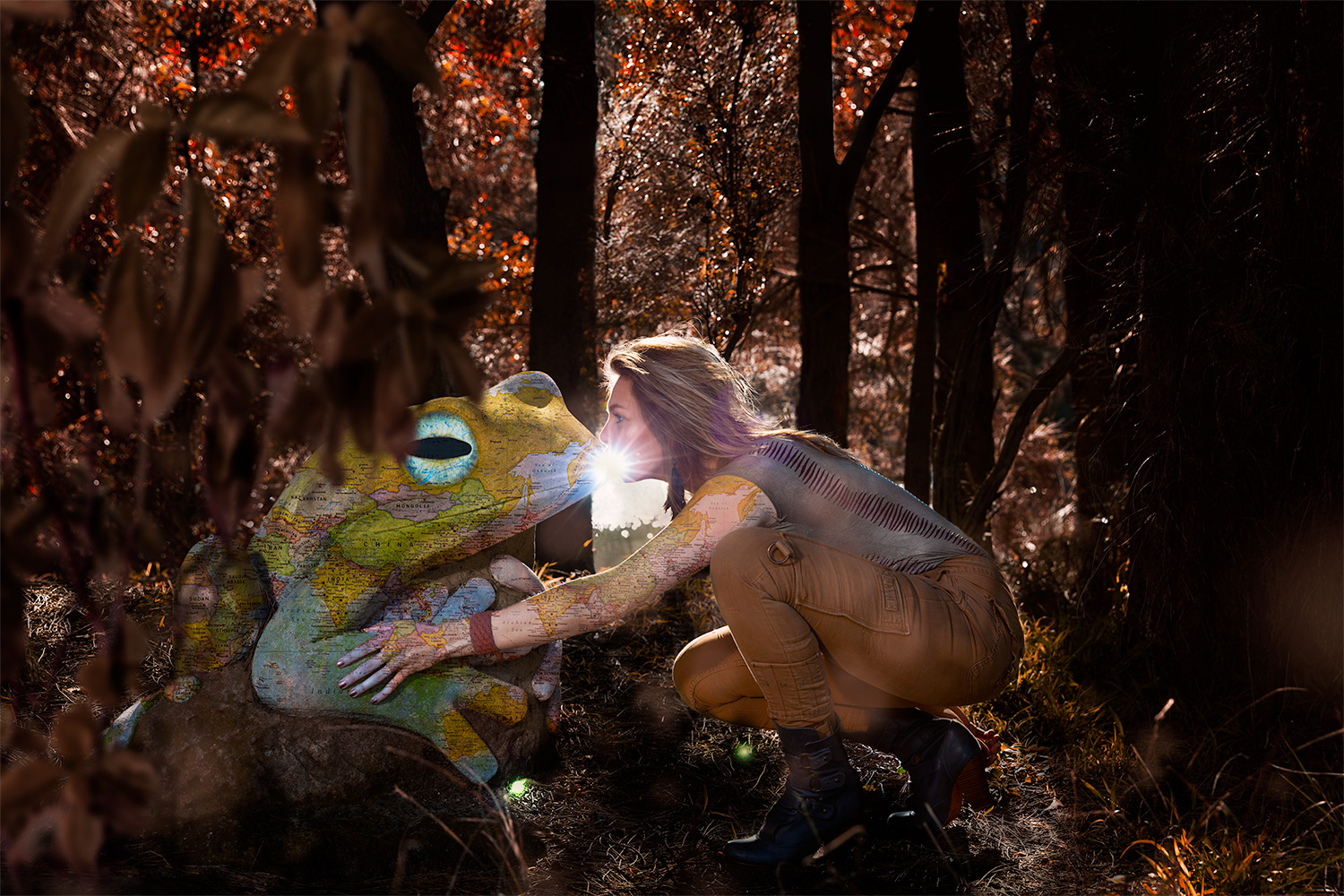 Today’s guest is Fuchsia Sims. We speak about life, tourism, population, adventure, travel and solving the world’s problems. Given that she works in adventure travel and is currently undertaking a PHD in the field, she has a lot to offer and serves it up with entertainment. Fuchsia is an incredible person with an energy that simply bounces around the room. Listen in as we bounce across the world and then get creative about an idea to turn her story into an artwork.

This is the first of the new podcast series where I have moved away from the style of the previous episodes and opened the doors to a more relaxed conversation-cum-artwork-creation with the most interesting people I can find.

During the Podcast, Fuchsia and I came up with the idea to create an image of her holding a globe and having the map of the world transfer up here arm like a tattoo. My original approach to this would have been to create the base image in a studio and then composite the rest of the image together. However, once I put some more thought into it, I decided that Fuchsia was not the kind of person that should be photographed in a studio. Given her wild, adventurous spirit, I felt quite strongly about putting the project together in an outdoor setting.

I started looking around for outdoor locations that would be suitable, still with the idea of Fuchsia holding a globe as the feature for the image. After scouting several different locations, I stumbled across this awesome stone sculpture of a frog. There was just enough foliage and trees to create an enchanted forest look, so I took a few photographs with my phone and went home to create some very rough mockups. The concept worked. Instead of Fuchsia holding a globe, I would turn the texture of the frog’s skin into a map of the world then transfer that map up Fuchsia’s arm, bringing back the same tattoo idea we had from the beginning.

Getting the base photograph was reasonably easy. The compositing and Photoshop work was more challenging. After testing the idea with my rough mockups, I was confident it would work so I pressed ahead with the first artwork concept born from a podcast recording. I didn’t know where this would end up when I started recording any more than you knew where it would go when you started listening. I hope you like it.

I’ve also recorded a ‘behind the scenes’ video (where I talk really fast) showing the Photoshop workflow I went through to create this image. The video shows the initial photograph and the final image with everything required along the way to get there..

*If you can’t see the image or video from your Podcast player, click here to view.