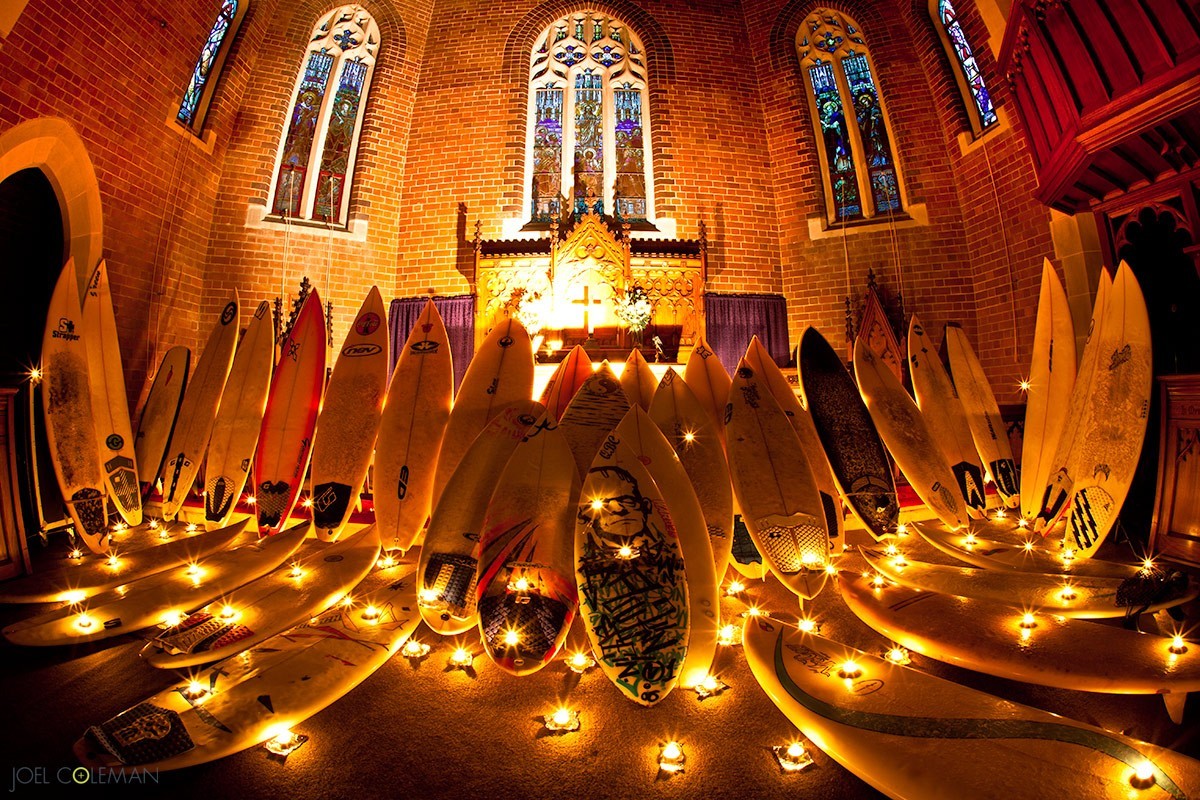 In early 2011 I had one of the best experiences of my surfing life during a trip with six others to the Solomon Islands. What we found there was paradise, perfect waves and amazing people.

Following on from the success of the PNG collection, we arranged a similar collection of boards for the people of the Solomon Islands. Part of the project requirement was to raise enough money to cover the cost of shipping. We decided to run a film screening to raise the funds.

Upon hearing about the project, the local minister offered the use of the church for the screening, free! This meant that 100% of the money from ticket sales and generously donated raffle prizes could go towards the shipping.

A few weeks prior to the film event I asked if I could set the donated boards up in the church and take a photograph. I don’t know a lot of ministers but I do know that Bruce Clarke has to be one of the best. A keen surfer himself, his own custom boards have “The Rev” pencilled along the stringer. He agreed to let me set up a photograph in the church…

Three people helped to set up for the photograph. There were 100 candles, one light as well as most of the boards that were donated. There was just enough light filtering through the stained glass windows to illuminate them too. I think it’s what makes the image.